​​​​​​​It can be startling and confusing when your cats, who normally get along, begin hissing at each other. Cats are complicated creatures, and there are many issues that can make them stop getting along.

Contents show
1 Why is my cat hissing at her sibling?
1.1 Why Do Cats Hiss?
1.2 Doesn’t Want to Play
1.3 Smell
1.4 Transferred Aggression
1.5 Injury or Illness
1.6 Age
2 Do cats get jealous of their siblings?
2.1 Why Do Cats Get Jealous?
2.2 Signs of Jealousy
2.3 Hierarchy
2.4 Territorial Aggression
2.5 Inter-male aggression
2.6 Pregnancy or Kittens
3 How to get my cat to be friendly to her sibling?
3.1 Give Them Their Own Territory
3.2 Separate Them
3.3 Look For Stress Triggers
3.4 Consult a Professional
3.5 It’s a good idea to get your kitty a checkup, particularly if the behavior starts suddenly. Many health issues can cause behavioral changes, including aggression. If there’s a physical cause, treating it should help your siblings to get along.
3.6 Reintroduce Siblings
3.7 Calming Atmosphere

Why is my cat hissing at her sibling?

Watching two cats play is adorable. We’ve all seen the videos on the internet. Not only will cats play with each other, they can even play with dogs or even farm animals. As adorable as it is, the truth is, cats don’t always get along.

Why Do Cats Hiss?

Before we get into why one sibling is hissing at the other, it’s important to know what hissing means. It’s pretty clear that a hissing cat is not happy, but what exactly is your cat trying to say?

Hissing is usually a warning. It’s your cat’s way of saying, “Hey back off”. They feel threatened or uncomfortable, and are asking for their sibling to leave them alone. It’s similar to a rattle snake rattling, or a human yelling. If the warning isn’t heeded, aggression is likely to follow.

Each cat will have its own energy level and personality. You’ll often find that two cats from the same litter have very different temperaments. This means there will be times when one sibling wants to play, and the other doesn’t. Your cat will hiss as a way of saying, “I don’t want to be bothered right now”.

Smell is one of your cat’s primary senses. They will recognize your smell, and that of their siblings. If a sibling gets an unfamiliar smell on them, the other cat may be scared. They will hiss at them, warning them not to get too close, because they are suddenly unfamiliar.

One way this can happen is if the cat interacts with another cat that is unfamiliar. If they visit the neighbor cat, they will pick up their smell. If they go to a strange place, like the vet’s office, they will naturally pick up the smells of the office.

Transferred aggression is another common cause. Something scares your cat, and then they transfer the aggression to their sibling. This is common in humans as well.

Have you ever gotten mad at someone, and then had to apologize? Perhaps you realized that you weren’t actually angry with them. Instead, you were upset with someone else, and unintentionally took it out on someone you care about.

We’ve all been guilty of this behavior at some point, which makes it easy to understand how it could also happen to your cat.

If they’ve recently had a traumatic experience, this may be why they are hissing at their sibling. The cause can range from seeing a predator through the window to being startled by a loud noise.

We all get grumpy when we don’t feel well. It can take exceptional self control not to yell or complain when you are ill or injured. Your cat is the same. If they are sick, they will be cranky. They don’t want to be bothered, so they will hiss when a sibling gets too near.

They will also hiss if they are experiencing physical pain. They don’t want physical interaction, so they attempt to keep others at a distance.

Cats tend to try to cover up illness or injury. In the wild, a sick or hurt kitty is an easy target, so they do their best to appear healthy. They may also want to hide their health issue from their sibling.

Age can also play a role.  If your cat is a young kitten, they are still learning cat social structure. They may be fearful of other cats, including their siblings.

As your cat reaches sexual maturity, which is essential their teenage years, they become more territorial. Older cats can be very set in their ways, and have less tolerance for being bothered than younger cats.

Do cats get jealous of their siblings?

Humans have a tendency to anthropomorphize animals, particularly our pets. This means that we attribute human thoughts and emotions to them. They aren’t capable of these thoughts or feelings. Instead, we project them onto our furry friends.

Do cats really get jealous, or are we simply applying human emotions to them? Yes, cats can get jealous of their siblings.

Why Do Cats Get Jealous?

Jealousy is a feeling we understand very well. We have all experienced it. Cats can also experience jealousy, for similar reasons as humans.

If you are paying attention to one sibling, the other might get jealous. They can also get jealous if they share food bowls and toys. Just like children, they don’t always want to share.

It’s fairly easy to tell when humans are jealous, but cats are a bit more subtle. If your cat is jealous, you’ll notice signs that indicate there’s something wrong. The key is recognizing that jealousy is the reason for their issues.

The signs of jealousy include aggression, like attacking the other cat or hissing. They may also become very clingy, wanting to be with you all the time. They may become very possessive of the toys, specific areas of the home, or even the litterbox.

They may also pee and poop outside the box. This is often the first sign owners notice. Some cats will become destructive, tearing up toys or even scratching the furniture. Others will become reclusive and begin to hide. They may also avoid making eye contact.

Cats were not understood to be social creatures until recently. We now know that groups of cats will have their own social structure, with a hierarchy. This is similar to what is seen in dog packs or lion prides.

If you have multiple cats, particularly more than two, they will have a hierarchy. The cats will defer to one or two cats as their leader. This cat will get the best spots, and their choice of toys.

Cats have their own territory, even if they are strictly indoor felines. If another cat that they aren’t closely bonded with comes into their territory, they will hiss as a way of telling them to leave. If the other cat doesn’t respect the boundary, they may fight.

Some cats will also time share. One cat will bask in the window in the morning, and another will get the spot in the afternoon. If they do have timeshare areas, they will still have their own territory as well.

For indoor cats, the territory may be very small. However, it’s essential they have it. The human equivalent would be having your own room. It’s your space within the home.

Unneutered males will sometimes be aggressive towards each other. This is essentially their way of establishing dominance within the hierarchy. Cats have specific rituals for this type of aggression. It includes body posturing, stalking, staring, yowling, and, of course, hissing.

If a female cat is pregnant, she may become more territorial. As birth nears, she will find a birthing area. She will defend this area by hissing and fighting if necessary.

After she has kittens, she will defend the kittens from other cats. She may allow some cats to get near her and the kittens, but hiss at other cats when they come too close.

How to get my cat to be friendly to her sibling?

The good news is, you can teach your cat to get along with the other cats in your household. However, it is important to manage your expectations. If your cats are fighting, they may never become close friends. However, they can learn to at least tolerate each other.

Give Them Their Own Territory

As mentioned earlier, your cats will need their own territory. You can contribute to this by giving them enough resources. You should have more litterboxes than you have cats. The general recommendation is to have one litter box per cat, plus one more.

Each cat should have their own food and water bowls. Toys should be placed in different areas around the house. Lastly, each cat should have its own home area. Cat condos, pet beds, and even wall mounted shelves are all great options to provide space for each kitty.

In some cases, you may have to separate the siblings temporarily. This is helpful for a few reasons. The first is that it relieves the immediate tension. If your cats are separated, they will not hiss or fight with each other. It also gives you time to determine why your cat is hissing, and take further action.

Because stress or fear can trigger anxiety, you’ll need to look for causes of stress. Does an outdoor cat disturb your kitty? Do loud noises startle them? Are they stressed by visitors in the home?

Watch for signs that your cat is stressed. This includes whining, scratching, and frequent licking. They may also have changes in appetite. They may pee or poop outside their litter box.

Some cats will become clingy when stressed. They may ask for constant attention, and not want to leave your side. Others will become withdrawn. They will avoid other cats and people, and may hide frequently.

It’s a good idea to get your kitty a checkup, particularly if the behavior starts suddenly. Many health issues can cause behavioral changes, including aggression. If there’s a physical cause, treating it should help your siblings to get along.

If the cause is psychological, your vet may still be able to help. They can prescribe anti-anxiety medication in severe cases.

If you’ve ruled out a physical cause, consider hiring a behavioral therapist. They are experts in cat behavior and training. They can identify any issues, and guide you through the process of helping your cats to get along with each other.

If you’ve separated your cats, how you reintroduce them is very important. If the issue is misdirected aggression, simply separating and then reintroducing them can solve the issue.

If the issue has been happening for a period of time, they may have a negative association. Giving them a break from each other can begin to this as well.

Cats have a strong associative memory. If the reintroduction is positive, they will begin to view each other more positively. Consider giving them a treat when reintroducing. Be sure that they both get plenty of love and attention.

A calming atmosphere can have a surprisingly strong effect on your cats. Cat pheromone products use scents that mimic your cat’s natural pheromones. This has a calming effect, which can also help them get along. These are available as diffusers, collars, and room sprays. 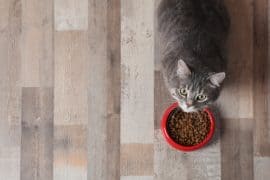 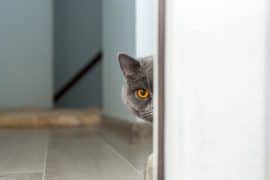 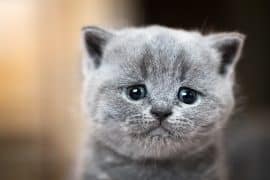